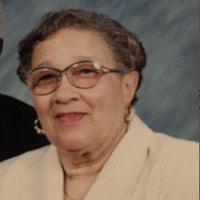 She entered into this life October 24, 1932, in Noblesville, the daughter of Dovie B. and Edgar M. Williams, Sr., both preceding  her in eternal rest.

Mrs. Betty Jo Peters had been employed by the Carver Community Center as secretary and also was a retiree of Sears.  She was a member of Wayman Chapel AME Church, where she was a member of the Anna C. Claybourne Missionary Society, Stewardess Board, Vacation Bible School, a Bible Bowl Coach, along with serving on the Culinary Committee and Senior Choir.  She loved quilting, sewing and family gatherings.

​She will be immensely missed by all who knew her.  She leaves to cherish her memory, but mourn her loss, husband, Mr. Charles Marshall Peters, Kokomo; son, John Robert Peters, Sr. (April), of Kokomo; two daughters, Teresa Jo Allison and Karen E. Peters (Darryl Fort), both of Kokomo; six grandchildren; and eight great-grandchildren; along with two great-great-grandchildren.  She was preceded in death by two brothers and two sisters.

She was a descendent of James L. "Long Jim" and Vina Roberts and Guilford and Dicey (James) Brooks.  James "Long Jim" Roberts and his family were among the earliest settlers to come to Indiana. 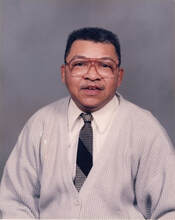 Charles Edward Roberts Jr. was born on March 27,1935 to Rev. Charles E. Roberts Sr. and Evelyn Roberts. He was the second of three children from this union.

​Charles attended IPS School #4 in his early years. He then went on to graduate from Crispus Attucks HIgh School class of 1953. He attended Indiana Central State and Ivy Tech for his secondary education. Shortly after graduating high school Charles enlisted in the military. He served in two branches of the military, the Army as well as the Airforce. He retired and joined the reserves after 5 years.

Charles was united in holy matrimony to Barbara J. Roberts (who preceded him in death) on June 20, 1970. From this union two children were born; Rhonda D. Roberts and Michele M. Roberts.

Charles was a dedicated man not only to his family but also to his job. He was a long time employee of the United States Postal Service. He was with them for over 40 years and received many awards for his dedication and work ethic.

​Charles was full of life and had many things that he truly enjoyed doing. He was a member of several organizations. Some of his favorite things to do were singing with the Lay Male Chorus, taking family vacations, working as an Usher for the Indianapolis Indians baseball team, and influencing the need for education in his children and grand-children.

Charles had a great sense of humor and was known to always make a joke. He also liked going to the library and encouraging reading in everyone around him. He also was a usher at his church. He found joy in playing computer games and staying in touch with family and friends on FaceBook. He was a collector of sorts. He collected coins and stamps to show off and share the knowledge of their history.

​He leaves to cherish his memory: Daughters Rhonda and Michele Roberts, Brother Stanley (Annette) Roberts, Grandson Ne’Sean Roberts Granddaughters Charita, Aja, and Dylan Roberts and Kyra Parker, and Great-Granddaughters Emery, Essence, Erin, and Emani Roberts, and a host of other family members and friends.
Powered by